The Best of Emerald Isle: 8 Most Breathtaking Natural Wonders of Ireland

Ireland is famous for its love for music, stout (beer), literature, and folklore. But aside from its rich culture, Ireland is also known for its breathtaking natural wonders that deserve a spot on your bucket list.

The country, known as The Emerald Isle, got its poetic name from its countryside green fields. However, it’s not all grass and herd here – the country is home to the best geographical spectacles. They’ve got awe-inspiring, rocky coastlines, sandy beaches, quiet lakes, scenic drives, hilltop walks, and some of the best rock formations in the world.

This incredible UNESCO World Heritage Site is one of the most impressive natural wonders of Ireland: The Giant’s Causeway. It’s an epic sight, with a whopping 40,000 defined basalt rock columns protruding out from the landscape. An ancient volcanic eruption almost 60 million years ago led to the formation of this geological spectacle

Beyond the astonishing beauty, the Causeway is a portal into the country’s rich folklore. Legend has it that the natural wonder was a work of Fionn mac Cumhaill (Finn McCool) – an Irish giant who picked a fight with a Scottish giant, Benandonner.

2. The Cliffs of Moher

The Cliffs of Moher is one of Ireland’s most popular tourist destinations. The towering cliffs stand 700-feet above the raging Atlantic Ocean and stretch out for about five miles, offering jaw-dropping cliff walks.

While the view is gorgeous 24/7, the best times to visit would be at sunrise or sunset to truly experience this natural wonder.

Talking about height? The Cliffs of Moher is nothing compared to the Slieve League Cliffs, which are three times higher and less crowded. The cliffs stand at nearly 2000 feet above the sea level. These big guys sit on the Coast of Donegal stretching into the Wild Atlantic Ocean.

The Burren is a limestone paradise on the Wild Atlantic Way in County Clare. It has karst, lunar landscape, formed from the dissolution of glacial-era limestone rocks. The intricate but vast terrain has a rugged beauty. It’s composed of caves, miniature cliffs, rock formations, and archaeological sites, begging to be explored.

But the rocky acres aren’t dry and pale all year long – the Burren also blooms colorfully and is renowned for its remarkable plethora of flora and fauna throughout the summer.

5. The Ring of Kerry

If you enjoy driving while seeing spectacular views, then The Ring of Kerry deserves to be on your bucket list. The picturesque loop at the heart of County Kerry lets you experience a line-up of Ireland’s best-kept gems – rugged coastline, dramatic mountain passes, castles and manor houses, charming villages, and dream-like viewing points.

A tip from the locals: Go slow and relish the sights, get off the beaten track, ad see what has made this driving route a true treasure trove.

Now that you’re in Kerry, you may want to visit Killarney, a small charming town where Killarney National Park sits.

This UNESCO Biosphere Reserve is the oldest national park in Ireland. It encompasses over 102.89 km2 (25,425 acres) of diverse ecology, including the Killarney lakes, mountain peaks, and oak, wet, and yew woodlands which serve as habitats for the thriving wildlife.

The park is open for tourism. Visitors may enjoy picturesque natural and man-made attractions in the park including Torc Waterfall, Inisfallen Island, Ross Castle, the Meeting of the Waters and the Old Weir Bridge, Muckross Abbey and Muckross House and Gardens.

There’s nothing quite like it 😌💫 Thank you to the lovely Audrey Lupisella for this stunning picture! ♥️ #killarneysbestkeptsecret #cahernanehousehotel #cahernanehouse #cahernane #travel #kerry #love #views #mountains #killarney

You may even stay at one of the charming manor houses and boutique Killarney hotels where you can be tucked into a cocoon of calmness and serenity.

Powerscourt Waterfall is Ireland’s tallest waterfall, which stands 398 feet tall. Set in the stunning Powerscourt Estate near the foothills of the Wicklow Mountains, renowned for its tranquil environment with wonderful flora and fauna. It’s a sanctuary for different bird species, Sika Deer, red squirrel, and other wild animals.

Can’t get enough of Ireland’s most impressive rock formations? Dun Bristé, meaning The Broken Fort, is a strong contender. The remarkable flat-topped sea stack, which stands at nearly 150 feet tall, sits off the coast of County Mayo. This towering monolith is a climber’s dream, but only a few conquered and made it to the top.

Author Bio: Carmina Natividad is one of the resident writers for Cahernane House Hotel Killarney, a charming four-star boutique hotel, beautifully set on a picturesque private estate and near the bustling Killarney town centre. Her fondness for travel, food, and cultural appreciation makes it easy for her to write inspiring pieces of content. 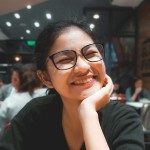