California is one of the most popular state of United States of America, and why not when there are beautiful cities such as Los Angeles and San Francisco and picturesque places such as Santa Monica, the Big Sur, San Jose, Santa Barbara, and San Diego. Los Angeles may be the Hollywood capital and a city of glitz and glamour but San Francisco is known for many sightseeing, museum hopping, shopping, and other exciting activities.

San Francisco is home to The Golden Gate Bridge, which is arguably the most famous bridge and considered a symbol of America. Every year local and foreign travelers come to San Francisco to experience beauty the city has to offer. When the afternoon sun shines on the green hillsides, it gives a spectacular view of the towering Golden Gate Bridge in the backdrop. The city has some breathtaking scenery along with thrilling cable car rides, stunning bay views, historical landmarks, amazing Chinese restaurants, and dozens of cafes and shops. The areas that see the most tourist activity are Fisherman’s Wharf, and North Beach (Little Italy).

Almost all the fun-filled and exciting tours and activities are centered along the historic and splendid Fisherman’s Wharf area, which is home to Ghirardelli Square, Pier 39, Anchorage Square, the National Maritime Museum, and Hyde Street Pier. Almost 12 million people come to Fishermen’s Wharf making it the third most attractive destination in the country after Disney World and Disneyland. Nearly all the excursions and tours start from the Fisherman’s Wharf whether it is yacht tour to see the breathtaking San Francisco Skyline, going on cable car turnaround, taking a tour on a bicycle, or going on a Segway tour around the serene attractions along the Fishermen’s Wharf.

Fisherman’s Wharf is one of the most famous attractions of San Francisco and is located just 2 miles from the Hotel Union Square and covers a wide area from the north waterfront area known as the Ghirardelli Square, to the Pier 35. The popular tourist places include Pier 39, Ghirardelli Square, Maritime Museum, the Cannery Shopping Center, Riley’s Believe it or Not museum, and superb restaurants. The place got its name ‘Fisherman Wharf’ due to the Italian fisherman immigrants who came to the city in the late 1800s. Since then, the San Francisco Bay Area and Fisherman’s Wharf is the center of all fishing fleets and boats. Many tourists and visitors can walk down the pier and see fishing boats along with nets on the docks.

People think of Fisherman’s Wharf as only as a fishing place. But, it offers nearly everything for everyone from dining in exquisite restaurants, visiting historical museums, rollercoaster rides, getting to know unbelievable facts in Ripley Believe it or Not Museum, taking an aerial view of the city through The Flyer, and walking into the wax museum. You can go on bay cruises, wine tasting tours, sport fishing, but the most thrilling and unique activity is going on a Segway tour around the Fisherman’s Wharf.

There are many tour operators who offer a fantastic way to explore the beauty of Fisherman’s Wharf through bicycle rides and riding on a Segway, which is a small motorized vehicle with two wheels and one long operating column in the center for movement and support. A city as unique as San Francisco requires a unique traveling option and Segway is the answer.

Segway vehicles are quite popular in many tourist destinations around the world, and many travelers wish to ride on it. You will have a one of a kind experience on a Segway as it means you can cover more distance as compared to by foot and your viewing experience will not be confined to a touring bus. The Fisherman’s Wharf Segway Tour will give you a chance to

When does the Segway tour operate?

The Segway tours run nearly all year round and as follows

How long to the tour lasts?

The complete Segway activity is near 2.5 hours long, and some tours are even 90 minutes long. The timings depend on the route of the particular tour. The three tour activity popular among the tourists include Wharf and Waterfront Segway Tour, Golden Gate Park Segway Tour, and Chinatown Night Tour. You will also be given a 20-25 minutes training session on how to ride a Segway. 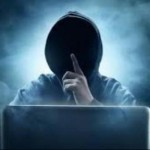