Situated at a whopping height of 3,100 meters above sea level in the lap of the mighty Himalayas and lush green trees Gangotri Dham is dedicated to holy river Ganga which represents deep spiritualism. Gangotri Dham which is situated in the Uttarkashi district of Uttrakhand is one of the most important Dham among the list of all Chota char Dham yatra. Earlier Gangotri Dham has the most vibrant and colorful history. This temple of Goddess Ganga has lots of exciting and interesting facts that add to its amazing personality.

Here, are some of the lesser-known interesting facts about Gangotri Dham yatra 2020:-

Jalmagna is one of the tourist attractions apart from Gangotri Dham. According to Hindu mythology, lord shiva has held holy river Ganga in his matted locks before flowing onto the earth after the tough penance by king Bhagirath. This deity here is a lord shiva made up of natural rock which is submerged in the holy river Ganga, can be seen only in winter months when the water level comes down.

2. A mysterious oil lamp or anything else:-

When the Gangotri temple is closed during the winter season, for 6 months from November to April, an oil lamp known as Akhand Jyoti is burnt inside the temple. This eternal flame is lit for almost six months in a large oil container which contains a huge amount of oil. The priest believes that it is the same fire created by king Bhagiratha during his penance and the goddess Ganga protects this lamp from burning off. This flame is burning even when there is no one to take care of the temple. This oil is made up of a mixture of Unique oil made by local people using locally available things, that’s what this lamp burns throughout the 6 months. Burning oil lamp is a lesser-known interesting fact about Gangotri Dham.

The temple is constructed by Amar Singh Thapa, which is a Napolean general. Built-in 250 years ago on the banks of Bhagirathi river, which is one of the sources of river Ganga. The main source of holy river Ganga is gaumukh situated at a distance of 19 km from the temple which is a part of Gangotri glacier. Amar Singh Thapa did with the assistance of different local people here that he wished to mark the point of emergence of Ganga. Before the construction of the Gangotri temple, there is no other temple present there. The temple got destructed by the snowslide and the royal house of Jaipur has reconstructed it. The temple is made up of north India’s traditional architectural style.

4. Transfer of the deity of Gangotri Dham:-

Gangotri Dham with all four Dhams shuts down in winter months which is from November to April. During these months the deity of goddess Ganga is shifted from the Gangotri temple to Mukhba which is located near harsil village. When these temples opened the deity of all the temples are adorned with new jewelry, clothes and seated in palkis known as dolis.

The word “Shilla” refers to the stone structure which is named after the great ruler Bhagiratha. This is the sample place where king Bhagiratha has meditated here to impress goddess Ganga, asking her to descent from the paradise so as to give him salvation or moksha to the ashes of his ancestors who are cursed by the brilliant Kapil. The Shila is situated right behind to Alaknanda river and behind the temple. Pind daan is also happened here to give moksha to the ancestors which are viewed as consecrated custom. Bhagirathi Shilla is a must-know interesting fact about Gangotri Dham.

Located near to Gangotri temple and Suraj Kund this spot is dark carve, which is said to have been the stopover point for the Pandavas and wife Draupadi when they are heading towards the Kailash parvat. The cave looks small from the outside but from inside the temple is very big and has a large space which makes the tale about Pandavas spending time here conceivable. It is said that Baba Ramdev also stayed here during his initial years, who has decorated the cave from the inside with photographs of god and goddesses. This place has untouched mythological significance.

When Amar Singh Thapa, maker of Gangotri temple has arrived during the battle with Chand Kotch (Punjabi leader). Even though the temple color is white but if you see it by going closer you will witness the light pink color in a small amount which adds some perplexing marvel to the temple.

The deity of Goddess Ganga resides in the Gangotri temple which is in close proximity to Bhagiratha Shilla which is dedicated to lord shiva.

9. Architecture and aura of Gangotri temple:-

The Gangotri temple is built with white stone that looks surrounded by the lush green trees. The temple building is built utilizing pyramid-like towers appended with each other with a triangular rooftop directly at the middle front. Every tower has a Kalash decorated over it. The carvings on the red sandstone of the sanctuary compliment the temple.

So, above are the interesting facts of Gangotri Dham yatra that you must know before visiting Chardham yatra by helicopter. So plan your journey of Chardham Yatra in 2020 and make some fantastic memories. 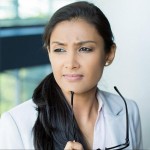 Nisha Singh is an enthusiastic traveler, a content curator who loves to write and guide about traveling. Follow her write-ups here and don’t forget to comment what you feel about them!