5 Campervan Holidays to Add to Your Vacation Bucket List

Campervans are a great way to explore when you are on vacation. So, we have made a list of the top five campervan vacation destinations, where you can hire your own motorhome and explore a new land for yourself.

Do Some California Dreamin’ in a Campervan

When you think of an old campervan, you are probably picturing it with a surfboard on top, heading for the Californian coast. The humble campervan found its natural home on these shores.

California is one of the most fascinating places on Earth. You can ski in the morning, surf in the afternoon, and hit the town at night with the stars of Hollywood. It also has some of the most picturesque National Parks in the country.

Canada is one of the largest countries in the world, but most of its population lives close to its Southern border, away from the harsh cold of its frozen North. This makes Canada the perfect country to explore by road. Its network of highways lets you drive from the Pacific to the Atlantic, or the other way around, and stop off at most of its major cities and towns along the way, and experience some of its amazing landscape.

Explore the Island of Ice and Fire – Iceland

Iceland has quickly become one of the top tourist destinations in the world, thanks to its stunning scenery and its perfect location, almost exactly between America and Europe. Many people now use Iceland as a stopping point when traveling between the two continents, and spend a few days exploring the island of ice and fire. There is plenty to see and do on this small island, and it has an easy to navigate road system that makes it ideal for a campervan. Look at the following link, https://happycampers.is/blog/iceland/how-to-travel-around-iceland-in-campervan, for an in-depth and detailed look at campervan vacations in Iceland.

Enjoy the South Coast of England in the Summer

Believe it or not, there is something special about an English summer, especially on its South coast. There are loads of camping and campervan friendly places to stay, as well as sand, surf, and even sun!

There are numerous, world class surfing spots along the Southwest coast of England, in Cornwall, as well as a huge amount of history. Stonehenge is not far away either, which is an ancient monument placed by druids thousands of years ago.

Say Aloha to Hawaii with a Campervan

Similar to Iceland, the islands of Hawaii are small with an easy to follow road system, but offer a huge range of things to do and places to visit in such a small area.

Hawaii is a tropical paradise that has all the modern conveniences we have grown accustomed to. You can camp out in a rainforest, within arm’s reach of the beach, and experience peaceful isolation. The next night, you can sleep in the heart of a city, and enjoy cinemas, bars and restaurants!

Don’t get stuck in a hotel or at a resort next time you take a vacation. Why not hire a campervan, and take your accommodation with you as you explore a new land and culture? 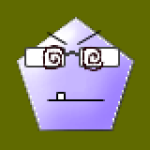 5 Places That are Romance Worthy in Ladakh
Reasons to Lease a Car with YOUSCO Rent a Car Dubai
Are You A Wanderlust? Here Are Some Uncommon Travelling Benefits