Alaska’s Beauty And The Northern Lights

Alaska is well known for its landscapes of lustrous nature.

Mountains on the horizon, icy pines towering over head, a light fog hovering over a glassy lake. The angelic mystique of Alaska is lost to no one.

Peace is found somewhere in these woods, amidst the wildlife and spectacular land formations that rise up all around us.

But what about the stars?

Looking to the night sky of Alaska, one might be treated to spectacular sights. After all, Alaska is home to the Northern Lights. If you’re not familiar with the northern lights, you should Google them right now.

The Northern Lights are one more natural wonder we can behold in Alaska.

What Are These Lights?

No, these incredible, psychedlic lights are not the product of magic or aliens. They are the result of solar wind and magnetospheric charged particles. In short, solar winds propel high-charged particles into the atmosphere.

Though these lights can be seen from various locations around the world, they are most visible above the magnetic poles of the northern and southern hemispheres.

The lights are known by the respective region.

Aurora borealis for the North; aurora australis for the South. The lights are often green, though red, yellow, blue and violet have all been seen.

Scientists have been on the trail of this phenomenon for a long time.

While there were theories in the late 19th century, it wasn’t until research was conducted in the 1950s when scientists began to gain a broader understanding of the phenomenon. It became proven: electrons and protons from the sun are carried along by solar wind.

Solar wind is a stream of plasma released from the sun. Upon reaching the Earth’s atmosphere, most of these particles are deflected by Earth’s magnetic fields.

However, earth’s magnetic field is weaker at either magnetic pole. As a result, the far-traveling particles have an access point into our atmosphere.

The color is determined by the kinds of gaseous particles that are colliding. For example: red auroras are a product of high-altitude oxygen (200 miles up).

The Northern Lights in Alaska

These lights are highly visible in Alaska because of the states close proximity to earth’s northern magnetic pole. Hunters and hikers travel from all over the globe to see this wonder. It’s no wonder, either.

Alaska is home to some of the most magnificent hunts in the world – add the beauty of the aurora borealis and it’s a winning combination.

Individuals camping in Alaska who happen upon the aurora borealis will be treated to a remarkable, truly wonderful display of light.

A Few Tips and Facts 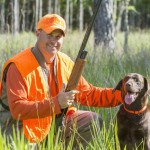 The world is out there for the person who has the goods to go out there and get it. I am one of those people and through my own education and then transference of this education I hope to leave my mark in this world for the better!