Europe always has an incredible experience around every corner. You may be picking figs from the cobbled stone road of Croatia or exploring the canals of a small French village. These locations are awe-inspiring and littered around Europe. These village will immersive in some of most beautiful and exquisite locations and leave you wanting more.

What makes this quaint fishing village so pretty are the numerous homes it has that have been carved from the cliff walls along the coast. Since cars are not allowed, it not only looks pretty, but it sounds pretty as the sounds of the city have been left far behind.

Voted the most beautiful village in Norway, this tiny village has certainly earned that title with all of the beauty that surrounds it, from the spectacular mountain peaks to the azure bay spotted with bright red fishermen’s cabins. An unobstructed view of the Northern Lights seals this village’s position on our list.

Whether or not you’re a geologist, you’ll love the many rock formations that this little fishing town has to offer. You can see Kilt Rock, the Quaraing, and the Old Man of Storr rock formation in addition to being able to take in the village itself and the wilds of Scotland. Head to the locals favourite The Amber Shed, when they have a BBQ every Friday afternoon.

Dating back to the 9th century, this village is also referred to as “Little Venice” because of the many waterways that run through its streets. Despite its small size, it’s the wine capital of the region and has unique dining opportunities from its mixture of French and Germanic influences.

If you want to spend some time in the middle ages, look no further to this pristinely-preserved medieval village. Some of the many sights this little town has to offer include the castles, stone towers, and chapels found within the walls, and the ancient cave drawings in the caves of the cliff.

This resort town is nestled in the mountains of Bavaria, it was originally two very different towns that were forced to unite during the 1936 Olympics. These two sides create a beautiful and unique experience for visitors.

This beautiful town takes pampering to a whole new level as you can enjoy a spa day while surrounded by the breathtaking views of the mountains and Lake Bled with its crystal clear blue waters. Bled also shares its island with a castle on a hill that provides even more stunning views.

For those looking for a little more action while still taking in the beauty of their surroundings, there’s this coast town that not only has a long, rich history with its well-preserved monastic homes but also live music and a thriving nightlife.

Known as England’s most beautiful town, this pretty little town is sure to take you back into history with its many stone cottages. The best place to visit in town for truly breathtaking scenery is Arlington Row where you can find cottages still standing from when they were first built back in the 17th century.

Looking like a picture from a postcard, this is one of the oldest towns in Austria as well as the world as it was founded in 5000 B.C. Since then, it has been home to salt miners, and takes its place on our list because of its beautiful architecture, magnificent mountain, and sparkling lake. 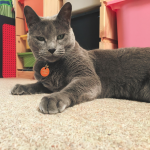 See these 7 Best Attractions to Make the Most of Your Glasgow Trip
Food Travel: 10 Most Delicious Ways To Gain Weight In Cork Ireland
Kilkenny Historic Travel: 4 Must-See Heritage Spots In The Heart Of Ireland’s Ancient East