Kilkenny is at the heart of Irelands Ancient East and has some of the most culturally and historically significant heritage sites in the whole of Ireland. A quick wander down the winding cobbled streets is enough to give you a feel of our medieval heritage.

Learn about the Norman heritage that gave this town its rich history. Here are our top 4 recommendations for heritage sites, a short walk from the Hoban Hotel in Kilkenny.

There aren’t many buildings in Ireland with such a rich history or with a longer record of occupation than the iconic Kilkenny castle, located inside the city walls. The Kilkenny Castle has been standing for 800-years, having been built shortly after the Norman invasion of Ireland. It is now a historic house which holds important collections, and art gallery, a working farm and the official Irish State Guest House.

Even if you don’t enter the castle itself, the expansive 50-acre grounds will take your breath away. Thousands come from all over the world to get a glimpse of this stunning castle which also has a tearoom, a playground and some gorgeous walking trails.

St Canice’s Cathedral, also known as Kilkenny Cathedral, is one of the most popular heritage sites in Kilkenny. It was built in the 16th century by Bishop Hugh de Mapilton and subsequently refurbished to modernise the building and make it safer.

The inside is adorned with relics, religious icons and intricate wooden furniture and décor of the time. The centerpiece is the beautiful stained-glass window that adds a burst of colour to the otherwise muted interior. On the grounds of the church, the round tower is open to the public and for a small fee, you can climb the 30m tower to get a bird’s eye view of the town.

Nestled in the middle in the middle of Kilkenny’s Medieval Mile lies another, more colourful part of our rich heritage. Built between the late 1500s & early 1600s, the Rothe House was used as a residence by the Mayor of Kilkenny City, John Rothe Fitz Piers, his wife and his 11 children. It is now used as a gallery, housing some of the most significant archaeological finds discovered in the area.

The gardens are open to the public year-round and are especially in the summer when in full bloom. They also offer a professional genealogy service if you would like to find out more about your family’s roots and history in Kilkenny

Did you know there were Witch Trials in Kilkenny? One of the most notable parts of our history was the trail and eventual disappearance of Dame Alice Kyteler, the original owner of what is now Kytelers Inn, a popular restaurant and pub.

Alice was notorious in her time, not least because she acquired four husbands and a considerable fortune from each of their unfortunate and suspicious early demises. Her enemies eventually conspired against her, accusing her of witchcraft and sentencing her to be burned at the stake, not unlike the Salem Witch Trails. In 1324 Alice fled to the UK and was never heard from again but many, including the current owners of Kytelers Inn, believe that she haunts the now 740-year-old property.

Author Bio: Katie McGarr is a travel-savvy writer for The Hoban Hotel Kilkenny, a world-class hotel for business and leisure travel, offering exceptional accommodation and dining experiences in Ireland’s historic marble city. When she’s not taking vibrant street photos, you can find her writing articles about travel, food, and lifestyle. 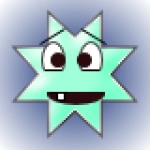 Travel Guide to Langza Village, Spiti Valley
Things to Know Before Everest Base Camp Trek
10 Travel Tips How to Perfect Destinations for Your Family Vacations