Travel Guide to Seven Wonders of the World – Taj Mahal

The Taj Mahal symbolizes love made monument, although the story behind it is sad. And it does not stop being a mausoleum, a grave. For those who, like us, have the opportunity to see such a work, it is a dream come true. We tell you all the information you need to know to visit the Taj Mahal, one of the wonders of the world.

Agra is the city where the Taj Mahal is located. It is not a beautiful city and most tourists flee from it after visiting his work culminate. Despite the heat, we dedicate a full day, both to visit the Taj Mahal and the Fort.

HISTORY OF THE TAJ MAHAL

The Mughal Empire inhabited a part of northern India and other neighboring countries between the sixteenth and nineteenth centuries. It was a very powerful Islamic Turkish state and most of the great monuments visited today in India are an inheritance of this empire. In this, Shah Jahan, the fifth Mughal emperor and the person in charge of “the golden age of Mughal architecture” had much to do, not only for the construction of the Taj Mahal but for other monuments found in different parts of India, such as the Agra Fort, the Red Fort of Jodpur and the Jama Masjid Mosque of Delhi .

Mumtaz Mahal was a Persian princess and was engaged to Shah since she was 15 years old, but they got married only when they were 20 years old. Even so, Mumtaz was Shah’s third wife and, together, they had 14 children. They loved each other very much, she was the favorite wife.

When she was giving birth to her last child, she died of a hemorrhage after 30 hours of delivery. The death of Mumtaz left Shah very sad, so sad that the legend has it that his hair was gray from one day to the next. This sadness obscured Shah who, despite the great economic recession that his empire was suffering, began with the construction of the Taj Mahal, which would lead him to invest a lot of money.

So much was the money that was spent and such was the blindness that had Shah regarding his beloved and deceased wife, who say he wanted to build the same Taj Mahal, on the other side of the bank of the Yamuna river, but this time black marble , so that he himself is buried there. As the imperial funds would not reach for this other work and for other political reasons, their children revolted and began to fight among themselves for the succession of the kingdom.

In the middle of this mess, one of his sons imprisoned him in Agra Fort and it is said that, until the day he died, he could see the Taj Mahal from a window. When he died in 1666, he was buried next to his wife.

Currently the Taj Mahal is considered one of the most beautiful monuments in the world, it was declared a World Heritage Site by UNESCO and is one of the “New 7 Wonders of the Modern World”. You can visit Taj Mahal with Same Day Taj Mahal Tour By Car From Delhi.

The Taj Mahal complex has 3 entrances: the south entrance called Sirhi Darwaza (which at the moment does not allow access to the complex by it, but only exit), the entrance called Fatehabad Gate that is used less because it is almost 1 kilometer from the lockers and the main entrance located to the west that is called Fatehpuri Gate . In all the entrances there is a strong police control and you will have to go through metal detectors. There are differentiated queues for locals and foreigners.

The Taj Mahal opens its doors 30 minutes before sunrise and stays open until it gets dark, but keep in mind that it closes on Fridays. If you happen to arrive in Agra on a Friday and see people entering the complex, they open the mosque for Muslim devotees who will pray but not for the general public. When you buy the ticket, you are allowed to spend the whole day inside the complex if you want.

Try to avoid the rainy season that goes from July to September. The rest of the year is quite good to know the mausoleum, but if you can, avoid the hottest months that are April, May and June.

Best timr to visit Taj Mahal is from October to mid-March.

After finishing our visit at the Taj Mahal, we went to visit Agra Fort. It is a little over 2 kilometers away, and you can walk calmly. In case of hot weather or simply not wanting to walk, you can go in tuk-tuk for about 10-20 rupees per person.

The fort of Agra is in this location from the eleventh century, but was modified a posteriori by the emperor Shah. It was his palace and strong, although later, in the last years of his life it became his prison.

Emperor Shah destroyed several of the buildings within the fort to make his own style, with marble and inlaid semi-precious stones on it.

And so we can imagine that he spent his last years of life Shah, appreciating his beautiful work while longing to be by his wife’s side. In the end his desire came true, like ours to have the possibility of visiting the Taj Mahal. Generally tourist prefer to travel Agra with 2 Days Agra Taj Mahal tour By Car From Delhi 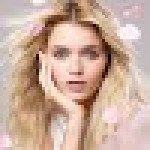