Hungary is one of the best tourist destinations. Its rich history, great architectural buildings, notorious capital, paprika, Tokaji, hot springs and so much more allures tourist to visit this unique land at least once. Located in the heart of Europe, Hungary has so much to proffer its visitors. Whether you’re planning to visit Hungary or just curious about this great country, check out these 20 interesting facts to know more about this stunning part of the world.

If you want an unforgettable beach trip, head to the Lake Balaton, where sunseekers have being flocked to its shores for decades. The largest lake in Central Europe located at almost 600 square kilometers. Balaton Lake is so vast that people often referred it to as the Hungarian sea. The medicinal qualities in nearby sulphuric waters of Heviz also a reason why people visit this place. It is believed by locals and many others that water here has power to cure rheumatic ailments, pains and aches.

Hungary is blessed with plenty of natural hot springs and home to more than 450 public bathhouses and spas. This protuberant culture of bathhouse existed since Roman times and considered the best cure for a hangover.

All around the world wine from Italy, France and Spain are more famous than Hungary but Tokaj has something more unique than we can’t compare with others.  It is also known as King of Wines or “Tokaji Aszu”. King Karoly made official Hungary’s Tokaj region where world famous wine has been produced since the 5th century.

Hungary is the second country who won more than 465 gold medals in every Olympic they’ve competed in. and the most interesting thing is they’re banned from Olympic Games 1920 and joined the Soviet-led boycott of the summer Olympic 1984.

There are thousands of languages spoken all around the world but Hungarian language known as Magyar is the hardest language to learn. This unique language was originates from the steppe of Central Asia and the ancestors of the Magyar tribe who founded Hungary.

More than 1,000 tons of paprika is produced in Hungary annually. Paprika is so famous in Hungary that there are two paprika museums, Szeged and Molnar. Both museums are perfect to explore the spice industry as well as one can enjoy paprika samples.

A unique law that every parent must have to follow while choosing their child name. There is an extensive list of names and you can select your child name that must be present in the list. If the name is missing from the list, parents have to fill the form for approval with the Research Institute for Linguistics of the Hungarian Academy of Science.

Hungary has most number of Nobel Prize winners, total of 13 winners. Hungarians won Nobel Prizes in almost every category except peace. But there is something that most of the people don’t know is that, all of the 13 winners emigrated from the country.

5 % of the total GDP of country is spent on education which leads the Hungary to 99 % literacy rate. The country has about 77 institutions of higher education with 9 technical schools and 10 universities.  In 2017, there were 91 males for every 100 females in Hungary.

Franz Liszt of Hungary was known world widely for his great skills of piano. Franz was a well-renowned composer, piano conductor and teacher. Hungarians admired him so much that they renamed their Budapest International Airport to honor him on his 200th birthday in 2011.

Hungarian state was officially begin in 896 A.D. first metro was built in 1896 to celebrate Hungary’s millennial anniversary. According to the law, no building in Hungary can be taller than 96 feet high. And the Hungarian national anthem takes 96 seconds to sing at proper tempo.

Aladar Gerevich is a Hungarian fencer, who is regarded as “the greatest swordsman who ever lived”. Aladar won gold medals in 6 consecutive Olympics from 1932 to 1960.

The great statue sits in the park near the Heroes Square can fulfill your wish if you want to become writer. Legend in Budapest says that if anyone touches the pen of statue he/she can become a great writer.

Hungarians love soccer and still refer to the match of the century when Hungary beat England in their home ground at Wembley Stadium.

Goulash is a national dish of Hungary, made from potatoes, pork, beef and paprika. The delicious stew now available with variety and when add sour cream it becomes paprika or paprikash.

Hungary was once a part of Roman Empire and after its fall, Huns who were the inhabitants of the country named it Hungary. 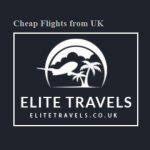