Kumbakonam is a town, located in the Thanjavur district of Tamil Nadu. It is a special grade municipality, situated at a distance of 40 kilometers from Thanjavur. In this post, we have come up with a list of top places to visit in Kumbakonam before you leave on a trip to Tamil Nadu. But, let us first know something about the small yet special town of Kumbakonam.

Surrounded by two rivers, River Arasalar in the South and River Kaveri in the North, Kumbakonam is famous as a ‘temple town’ for the numerous religious shrines in the town. The town is also popular for the great Mahamaham festival held every year. The discovery of this beautiful town in Southern India takes us back to the Sangam Period. A period marked with the reign of Early Cholas, Medieval Cholas, Pallavas, Later Cholas, The Vijayanagar Empire, Pandyas, Madurai Nayaks, Thanjavur Marathas and Thanjavur Nayaks. It was once the capital of Medieval Cholas, sometime between the 7th and 9th century.

Talking about travel and tourism in the area, the town is no more remote and offbeat as it welcomes thousands and thousands of tourists to explore the ancient shrines and other historical spots in the area.

Mahamaham Tank is one of the biggest tanks in the state of Tamil Nadu. Situated in the town of Kumbakonam, there are around sixteen little shrines gulfed in the tank and 21 wells residing in it. The sixteen temples or mandapams are constructed by Thanjavur’s Ragunatha Nayak and are encompassed by stones on all sides. Different deities reside in different temples giving each a distinct identity. ON reaching Mahamaham, you will realize the beauty of the state’s cultural richness through its brilliant construction and massive structure. Whenever you plan a trip to Tamil Nadu, make sure to visit Mahamaham in Kumbakonam. Also try the famous food of Kumbakonam outside the religious site post exploration.

Dedicated to Lord Shiva, the temple is named Airavateshwara after the white elephant ‘Airavata’’ who revered Lord Shiva in the temple. There’s an idol of Lord Shiva’s beloved associate or wife Goddess Parvati in form of Periya Nayaki Amman in the temple. The temple has impeccable engravings on the dividers of the hallowed place created by Kulottunga Chola III. There are also figures of water goddesses like Yamuna, Ganges, Narmada and Godavari. The temple’s verandah is known for the 108 segments of carvings. Of the 108 carved segments, each resembles a picture, name and portrayal of the sixty-three Saivacharya – the significant phases of their life. The verandah of the sanctuary shares with the devotees the historical background of Saivism.

Situated at a distance of 5 kilometers from the Kumbakonam Railway Station, is the Uppiliappan Temple also called Thiruvinnagar. It is an ancient temple built to worship Lord Vishnu and is located close to the village Thirunageswaram in the outskirts of Kumbakonam, Tamil Nadu.

Of the 108 Divya Desams dedicated to God Vishnu, the Uppiliappan Temple is the 60th temple in the country. Originally built by the Medieval Cholas in the late 8th century, there were contributions made by the later Thanjavur Nayaks, thus giving it two inscriptions dating back to the Chola Period.

Of the various ancient temples in Kumbakonam, Ramaswamy Temple is considered to be one significant temple dedicated to Lord Rama. Located 2 kilometers from the railway station, the ancient temple is built on the South-east of Porthamarai Kulam in the town of Kumbakonam.

Dedicated to one of the incarnations of Lord Vishnu, the temple was built in the 16th century CE by Thanjavur’s Achutha Nayaka. Constructed in the Dravidian architectural style, the religious shrine of Lord Rama consists of one Maha Mandapam, one Gopuram and Sanctum Sanctorum. You will find the columns of Maha Mandapam are adorned with popular stone carvings of Sugreeva Pattabishekam,  Meenakshi Kalyanam and Vamana Avatharam and. The exterior prakaram has 219 wall paintings reflecting the array of great incidents from the great Hindu Epic Ramayana.

Situated at a distance of 9 kilometers from Kumbakonam Railway Station and only a short distance of 400 meters from the local bus stop, the Mahalingaswamy Temple is another ancient temple constructed during the rule of Cholas in the 9thcentury AD. Its later expansions are named in the contributions of Thanjavur Nayaks during 16th century.

Settled in Thiruvidaimaruthur of Thanjavur district, the temple is dedicated to Lord Shiva and is one of the largest Hindu temples in the state of Tamil Nadu. You will find a total of 149 inscriptions relevant to the temple highlighting the contributions from different rulers such as Cholas, Pandyas, Thanjavur Maratha and Thanjavur Nayak Kingdoms.

Besides these religious shrines, there are some amazing waterfalls near Kumbakonam which you should also visit. Plan your trip by booking cheap flights with Indian Eagle travel agency and explore these wonderful  places in Kumabakonam. 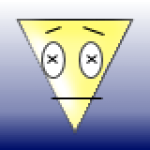 Srilu Uppari is an avid traveler who loves to explore new places. Traveling to offbeat, exciting destinations, meeting new people, and learning about new cultures has been one of her main passions in life.

Witness 5 of the Most Breathtaking Waterfalls in Great Britain
Gourmet before or after skiing?
10 Travel Tips How to Perfect Destinations for Your Family Vacations