Top 5 Mysterious Places in the World

There are two kinds of people in this world; one who believes in mysterious stories one who doesn’t. Try out your guts by visiting these paranormal/mysterious places in the world which might put your confidence to the test:

Not very far from Miami, the coral castle is situated in Homestead, Florida. However, the whole castle hasn’t been made up of coral, nor it is a castle. Yet, it is a remarkable achievement. The reason why it is amongst the mysterious places is because no one till date could explain the construction of such massive castle. As per their official website, the castle formation has confused scientists, engineers, and researchers. The castle even appeared in several TV shows, books, and magazines. For many years, the entrance door of the coral castle was perfectly balanced up until 1986 when it stopped swinging. When they removed the gate, it was said that it spanned on a metal shaft and rested on a truck carriage.

How was it built?

Whilst people were trying to figure out how apparently the gate was balanced, several others trying to contemplate as to how the castle was built. Legends say that Edward’s young love left him prior to their wedding day. It broke him to the core that he decided to leave for America; as he was leaving, he discovered about his terminal tuberculosis. However, he got better in no time. Purportedly, magnets helped him heal quickly, he said.

He built the whole castle on his own and took him 28 years to construct. He refused to be seen by anyone when he was building the castle. Albeit, few teenagers, stated that they have seen him make the corals move like a balloon. When he was asked about it, he said that only use perpetual motion holder as equipment to build the castle.

Numerous theories proposed in order to comprehend the engineering of this castle. One theory suggests that Edward Leedskalinn made the rocks weightless. Ed described in his leaflet that magnetic current becomes lighter when you reverse the magnetic forces.

The second theory suggests that the ‘black box’ has all the answer though no one till date could find the box. Experts say that the black box is somehow related to the construction of the coral castle.

Amongst many rumors, one of the rumors talks about Ed using different magnetic currents and created hollow blocks. Others proposed that his property rests on a vortex, or he has supernatural powers.

Whatever’s the case, a question here still lies- how a 5 ft. the tall man was able to construct such massive castle.

Spotted Lake is a well-known sight in Canada. Situated in Osoyoos, British Columbia, the lake attracts tourists from all over the world. Visitors come here to witness the natural phenomenon with their own eyes. The lake produces a variety of minerals that comprises Sodium Sulphate, Magnesium Sulphate, and Calcium.

Throughout summer the lake’s maximum amount of water evaporates, leaving the group of these minerals that produces the spot in the lake. The lake changes its color, shape, and size as the minerals inside every spot with added evaporation. For the people living in Osoyoos, the spotted lake is a sacred site; they believe that it was a site of healing for several centuries.

Skinwalker Ranch is a spooky place in Ballard, Utah. It is said to be the birthplace of monster tales, alien spaceships, and other eerie events. A resident living there believed that evil creatures known as skinwalkers plague the ranch. Many reported seeing UFOs, crop circles, and unexplainable lights. The Sherman family used to live there for two years and reported various strange events occurring in the ranch comprising animal mutation and disappearance and frequent UFO sightings.

A small number of skinwalker ranch conspiracies signified that the government made contact with the aliens but hiding the fact. Other theories proposed that the land is the home to a haven which is close to the ‘Hellmouth’ that allows inter-dimensional travel.

The Sherman also stated events paranormal in nature. They encountered their first paranormal activity shortly after their confrontation with the skinwalker ranch wolf. One of the family members said the paranormal activity always took place whenever she used to come home after grocery shopping. She unpacks the food items, however, later find them back in the bag, all packed.

They heard voices in a language that are incomprehensible and seen shadows inside the house.

This island rests right between Venice and Lindo in the South Lagoon. Once hit by black plague victims, it made the island quarantine. The island served as a hospital wherein they used to treat patients that were affected by this deadly disease. The island was more of a dumping ground and an exile for the victims.

1348- The era of the most horrific occurrence in the history of Venice. The whole city of Venice and Poveglia came under this deadly disease named bubonic plague aka ‘black plague.’ It made the whole colony quarantine. Those who were too sick to function were burnt on massive bonfires in the center of Poveglia Island.

Apart from holding such a horrific history, the island is accountable to some deep secrets, as well. Many still believe that the dead are trapped in the island and haunts the place, till date. Some say you could even hear them throughout the island.

Magnetic hill has always been in the list of mysterious places to visit since the discovery of ‘gravity hill.’ It is located 30km away from Leh, Ladakh, if ever you’d visit the place you’ll notice that the vehicle is going upwards even after the engine is off. It is said that the vehicle could go up to 20km/hour without allowing the car driven by someone.

If you’d ask the locals, everyone has a different story to tell. As per the people, the land was a passage to heaven. It is believed that those who were deserving, go straight up to heaven and those who couldn’t be recognized as undeserving ones. 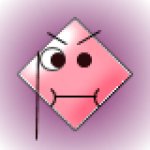